Owned by Tōrō 🏮
View Previous Packs
This wolf is currently on a breeding cool down. She will be able to fall pregnant again in 4 rollovers! 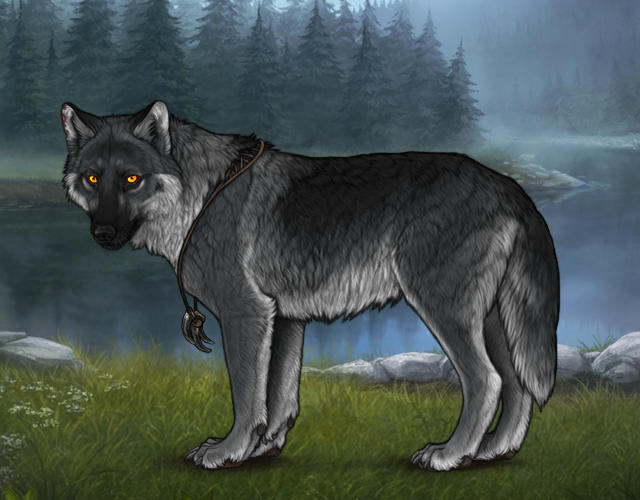 * A descendant of a powerful family of shapeshifting witches who promised to protect the land, a job carried throught their offspring and those before them. Maeve takes no bullshit from those who dare challenge her, and almost never loses a fight. She dedicates her magic only to keeping herself in her wolf form, and is hardly seen traversing in her human one. Without a family, and without a society, she is unable to function as a normal human and therefore prefers to keep herself in an environment she knows, around her packmates.

* Although serious and intimidating to many, Maeve is good at heart and is frequently seen patrolling the land. She has an unfriendly disposition to those who try to confront her, but loyalty runs deep in her veins to her allies and pack. Her mate is a wolf named Midas, a young would-be poacher who she's cursed to transform into what he was supposed to hunt, but that now uses his new form willingly.