Owned by ⚡Thunder_ALPHA⚡
Bred by vvindication
View Previous Packs
This wolf has not rolled over today and will not be able to be traded or gifted until its next rollover. 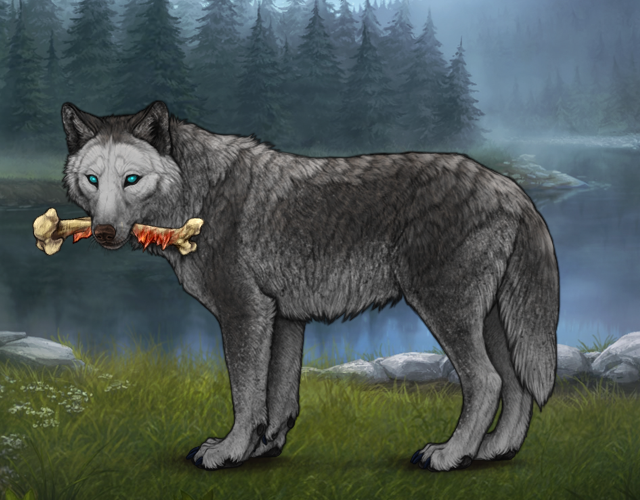 He was always alone in the world, watching everything with his shining blue eyes. He was roaming one day when he heard two wolves laughing together nearby. As he crept forward to investigate, the male(Eclipse) spotted him. The pup tried to retreat but the male was kind and called the pup closer. The pup, being lonely and wishful, went to the male and the male's mate. He learned that the male was named Eclipse, and the female was named Padme. He joined the pack, called the Ashenwish Pack, and has been training under Adalwolf to become the next Story Bringer(see Adalwolf's bio for details about the Story Bringer)