Owned by 𓆏phrog𓆏
Bred by 𓆏phrog𓆏
View Previous Packs
This wolf is currently on a breeding cool down. She will be able to fall pregnant again in 12 rollovers! 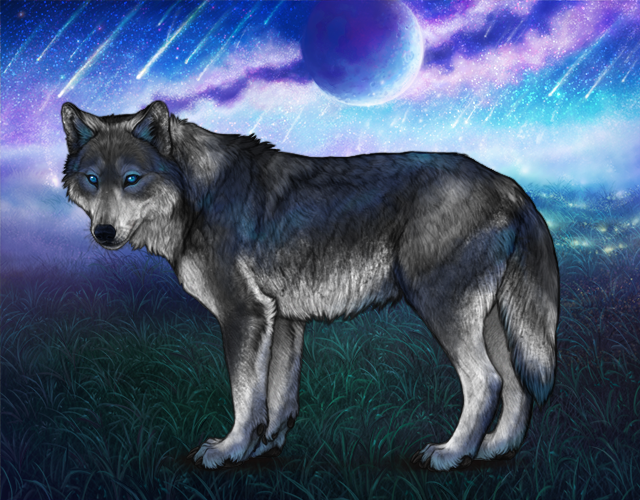 A Circle Of Stars

The buck swung his head, antlers connecting with Sêr's side. She stumbled and fell, exhausted, but managed to pull herself up. As she managed to stand again the buck charged forward, antlers swinging right across her eye. Blood immediately swelled and began to pour down her face and the she-wolf yelped, skittering back before shaking her head. The buck kept running after her and she tried to push the pain away, leaping at its neck. They both went down and the buck did die. Sêr lay there, safe in her own territory and with a carcass to bring back. Her last thought was "Aeri won't be happy." before the sun dipped down fully and she passed out.