Owned by Sigyn
Bred by 🌼 Hayley 🌼
View Previous Packs
This wolf is currently on a breeding cool down. She will be able to fall pregnant again in 10 rollovers!
This wolf has not rolled over today and will not be able to be traded or gifted until its next rollover. 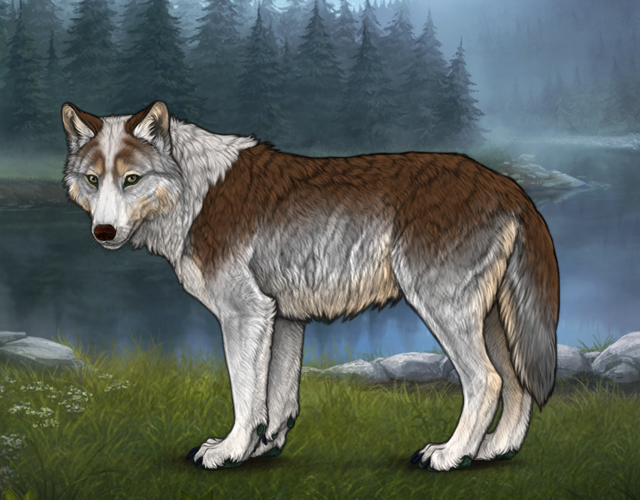 Valka came to the pack as a pup.  Vali, the current alpha found her and immediately took to her, calling her Vali, claiming Valka was his daughter.  The little pup thought this strange but the male wasn't hurting her and was extremely protective of her, so she didn't bring it up.

She comes to find out from the alpha female herself, that Valka is the spitting image of their late daughter, who was suppose to be future alpha but died unexpectly.  Now knowing this, Valka felt bad for the alpha pair, especially the lead male.  So she decided to start going under the name Vali and calling the alpha pair mother and father like she was their actual daughter.  Moon knew the truth but the lose of their daughter damaged Vali so bad that his entire attitude turned sour.

Fortunately, thanks to Valka acting as their real daughter, Vali's demeanor went almost back to normal, allowing the two alphas to pass on at least a bit more peacefully.