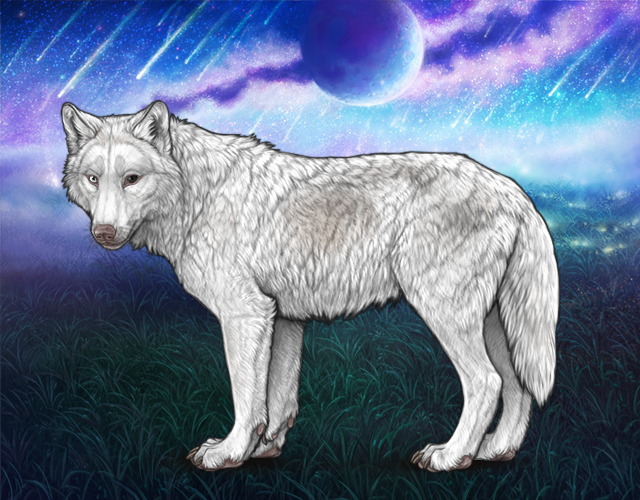 You are traveling through the mountains when you come across a pale wolf. He eyes you with mismatched eyes, curling his lip in dislike. Then he disappears into the surrounding landscape. You think that his black eye looks like he made a deal with the devil, and in a way, you are right.

You have met the leader of the Mountainfalls pack. This bitter, resentful wolf has experienced a lot in his short life. He was born to A Light in the Darkness, Wolvden's first white/black heterochromic wolf, and he inherited his father's eyes. But Polar Opposite doesn't feel he is special. He feels there's nothing important about being second. So the moment his eyes opened, Polar took the opportuntity to get out from his father's shadow and paw, and ran away. He found a medicine wolf and begged to be changed. But he didn't know that this medicine wolf was insane, and dabbled in forbidden arts. Polar cried out in agony as his body warped and twisted, and the medicine wolf cackled and laughed. The stress of the change bleached Polar's fur and skin of almost all color, leaving him a pale shadow of his father. But still a shadow, because his eyes remained the same.

Aged up too quickly, this poor, cursed wolf is in constant pain. His body is almost wraith-like, and his bones crackle and pop as he moves. Yet he is not without strength. He killed the previous leader of the Mountainfalls pack, and took over as leader. The elderly former medicine wolf of the pack consulted the stars and the wind, to learn of what might happen to her pack. She learned that as long as Polar is not provoked, there will be no harm to her pack. But how long will they listen to her, and will they still continue to listen after she is gone?

Polar Opposite is not really looking for trouble. He just wants a chance to make his own name known, and thinks leading a pack might be the way to go. His constant pain and what he went through makes him short-tempered and unfriendly, but he is still willing to put in the work to make his pack successful. If only they'd stop looking at him like he's a spawn of the devil... 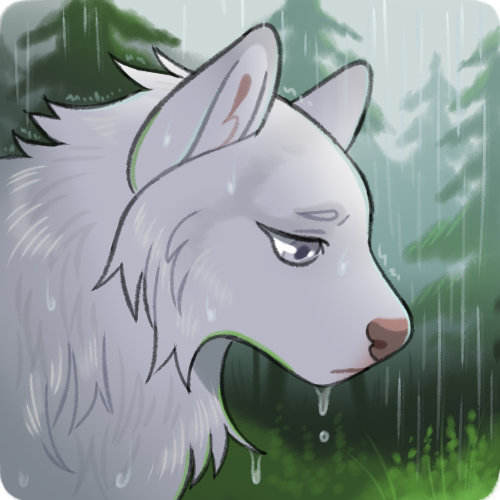 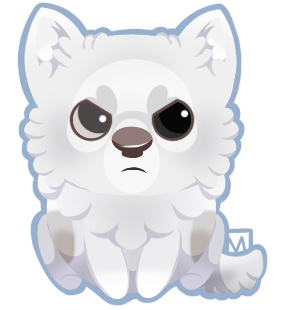 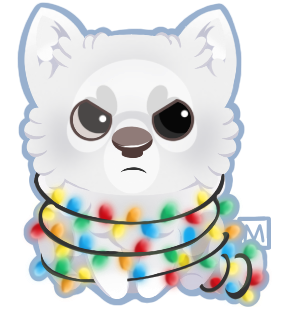