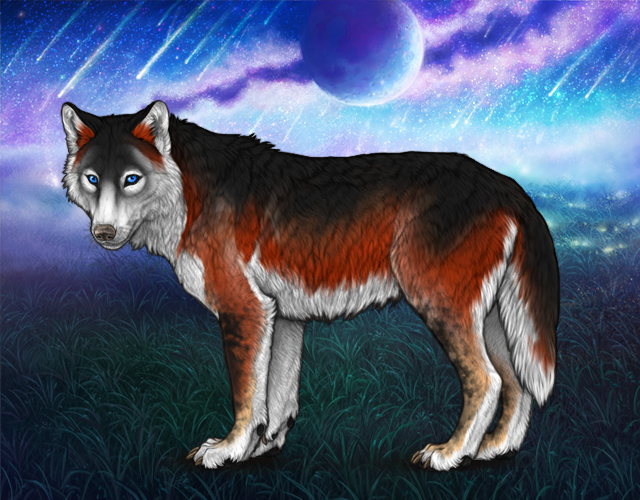 Dawnstar was found completely abandoned by one of the pack scouts. He was old enough to chew meat, and it seemed that he would soon become an excellent hunter. However, when Sirius saw the pup, he instantly recognized him as his successor, to the surprise of Sucio. To the question "Why?" the old wolf replied: "He is stronger and better than I could ever be."

With Sirius's light paw, the little male was given a name earlier than any of the puppies, and now he lives at the side of his foster father, being a Prince.