Owned by Eri
Bred by Unknown
View Previous Packs
This wolf is currently nursing at least one puppy! She will wean her offspring in 4 rollovers!
This wolf has not rolled over today and will not be able to be traded or gifted until its next rollover. 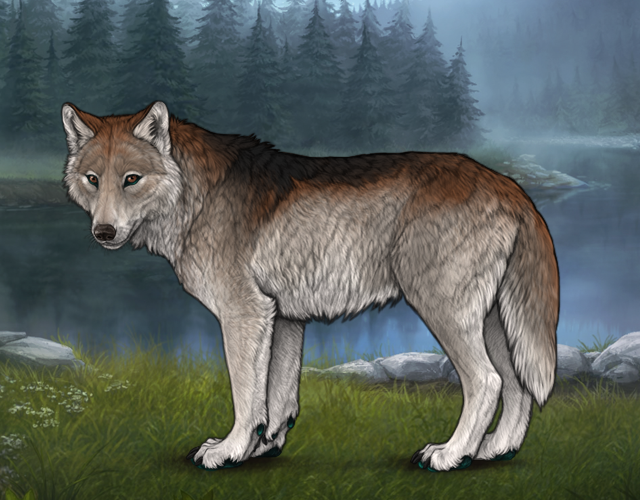 Dakota is an interesting female to say the least, among a group of wolves with an aggressive personality she is one of the kindest. Always patient, she acts as a peacemaker, a mediator between the internal disputes that occur within the pack.

Her former mate died by the attack of another unknown wolf and since then she has been comforted by Calisto, a wolf with strange mannerisms who constantly wooed her and presented her with colored stones. After he introduced her to a gem cave in a romantic gesture, she decided to become his life partner.

Too bad she never suspected that the one who actually killed her old mate was Callisto himself...