Owned by Eri
Bred by Eri
View Previous Packs
This wolf has not rolled over today and will not be able to be traded or gifted until its next rollover. 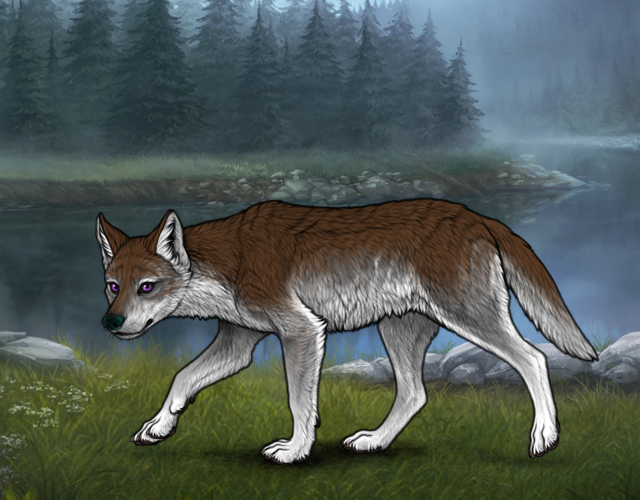 Neglected by his mother since birth, Callisto was raised by the pack's nannies. As a puppy he liked to hurt younger ones with his sharp teeth and to hunt small animals alone, enjoying watching his prey slowly dying.

As an adult he became an excellent hunter, one of the best in fact. The adrenaline of the hunt was everything in his life. But his social life was a real disaster, with the other wolves constantly pulling away from him because they thought he was "too much creepy".

He always wondered if his sadistic tendencies were something he inherited from his mother. Well who knows? The only thing that matters to this mentally unstable male is the adrenaline rush of a good hunting and his beloved mate, whose is the only wolf he apparently doesn't mistreat.