Owned by Quiet Voices
Bred by Unknown
View Previous Packs
This wolf is currently on a breeding cool down. She will be able to fall pregnant again in 2 rollovers! 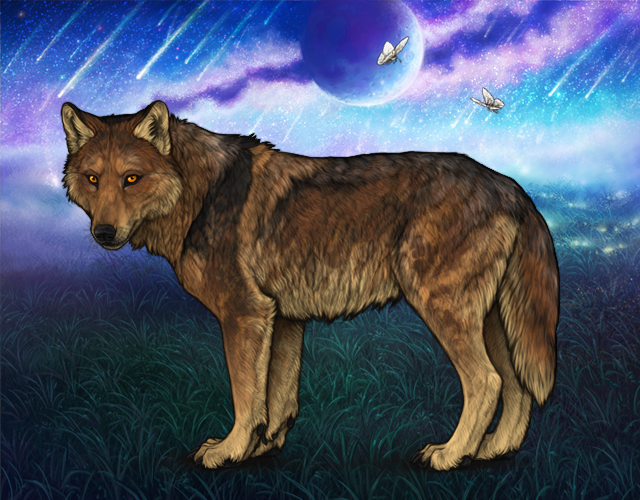 This wolf cannot be retired right now!
View Family
View in Wardrobe
This wolf has been leading Forsaken Beauties Pack since 2022-07-17 00:26:40.

Aspen and a few uninfected wolves were chased from her original home by Lunar Blight wolves. She suffered with several blight infections But she refused to turn her back on the Forsaken ones and suffered through many pine cone soups to cure herself. As she recovered from the blight A beautiful Mottled coat appeared.

Soon they found a small group of Renegade wolves, fleeing from their own packs - More forsaken and forgotten wolves. The lunar infections were spreading everywhere- After healing who she could they sadly had to leave behind 60 of the infected wolves who were just not strong enough to will themselves to eat the pine cone soups. Finally they reached the safety of the prairie. They scoped out a place that seemed to be free of the Blight.

Aspen was born for the role of leader, and while her and most of the pack were exceptionally young- She was determined to build a stronger, cleaner, blight free pack than could ever be imagined. With Alder by her side, she knew that nothing was going to stand in her way.