Owned by NightWolf
Bred by Unknown
View Previous Packs
This wolf is immortal! It will never age or die. It cannot be bred or used in roles, or retired into.
This wolf has not rolled over today and will not be able to be traded or gifted until its next rollover. 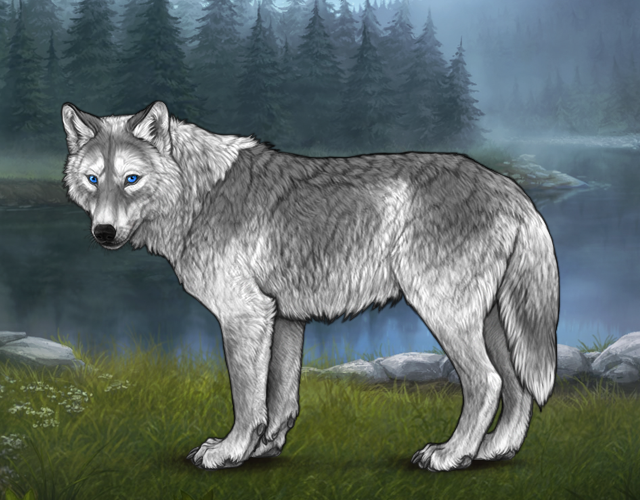 First ever wolf
Shade set out to start a pack of his own, his goal is to have a pack located in the rainforest. He started out in the forest, from there he moved to the woods. They stayed in the wood for a while before moving to the desert. As they moved to more challenging territory Shade decided that after they got to the Rainforest he would pass on the mantle of Alpha to one of the pups. While they were in the Desert and as they traversed to the Rainforest Shade kept an eye on some of the pups as future Alpha. Shade stayed as Alpha of the pack for a night in the Rainforest as he finished determining who would take over. He decided that Diablo would be best for the position of Alpha and the next day stepped down and allowed Diablo to take over as Alpha of the Pack. Shade and his mate Lightening will forever stay in the pack for all the generations and Alphas to come.