Owned by Eri
Bred by Unknown
View Previous Packs
This wolf is immortal! It will never age or die. It cannot be bred or used in roles, or retired into.
This wolf has not rolled over today and will not be able to be traded or gifted until its next rollover. 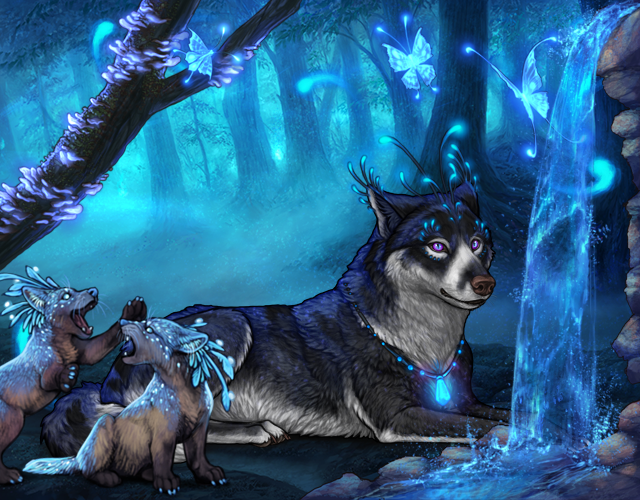 This wolf was nearly killed while trying to protect her children from a fierce bear attack. For her courageous attitude, the pack decided to give her a leaf of the moon flower, making her accidentally immortal in an attempt to save her life.

After becoming immortal Kaya became the spirit guide of the pack, usually guiding the living lost puppies back to their mothers while the dead ones she guides their spirits to the other world.

While Destiny is apparently locked into a single secret place, Kaya is often seen wandering around with the spirits of the forest around her.