Owned by AlexWolfe
Bred by Unknown
View Previous Packs
This wolf has not rolled over today and will not be able to be traded or gifted until its next rollover. 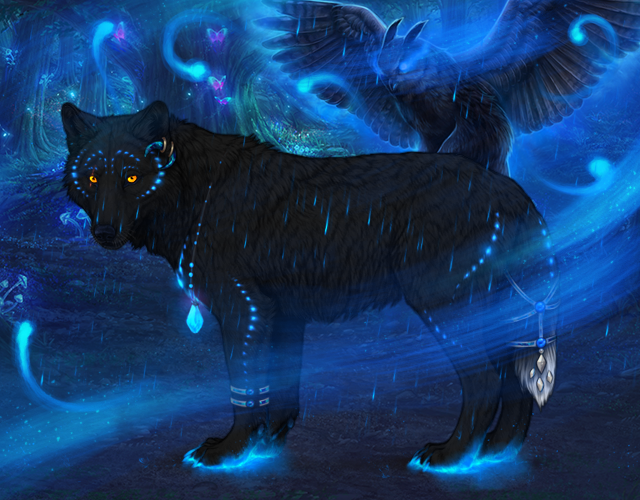 This wolf cannot be retired right now!
View Family
View in Wardrobe
This wolf has been leading Shadow Forest Wolves since 2021-07-08 07:42:22.

﻿Alex was born in a faraway land full of superstitious wolves. When he reached yearling size at only 3 months and his eyes changed from blue to amber, he was driven out of his pack. His past as an outcast caused him to develop a very strong sense of justice, and he swore never to turn away a creature that needed his help.

After wandering for a year, he came across Layla and the two formed a pack. After a few weeks together, they mated and had two pups. The first wasn't strong enough to survive, while the second lives. However, Layla renounced her bond with Alex after a third wolf, Buro, joined their pack.

Alex has since chosen another new member of their pack who goes by the name of Silver as his mate.

While exploring an area known only as the Dreamlands, Alex encountered creatures that changed him. He no longer cared for Silver, his mate, in the same way, and so he is now courting Stargaze, a wolf who joined the pack from another as a sign of goodwill.