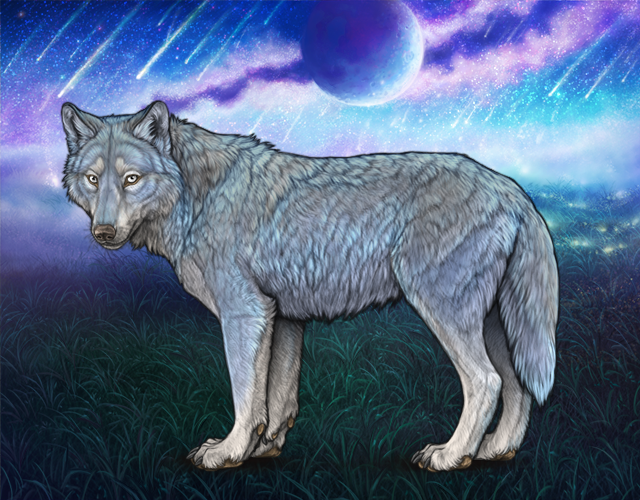 The pack leader is accompanied by an immortal bird named Aeonian that has the ability change appearance. Now it has chosen the form of a belted kingfisher. The eternal bird passes onto the next leader from the previous one. It shares advice and wisdom of the dead alphas. On rare occasions, it gets possessed by an alpha from the afterlife.

Name origins: Tammi is the Finnish word for Oak. Oaks were seen as holy trees in Finnish mythology.

Personality: distant, honourable, considering. Read more: Hounds of Odin: Lore Tamed the wild owl. Lost an eye for it. One final sacrifice was needed to reach the full potential of the true alpha. Now he sees the world through the owl's eyes.