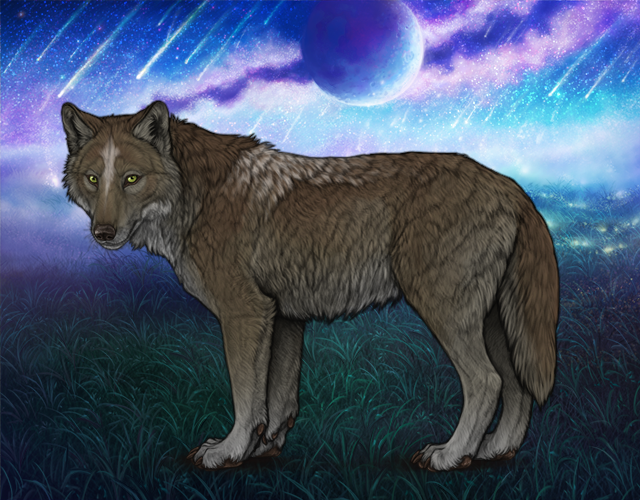 Pinniped
named after the clade of seals

Humble and quiet, Pinniped is the laid-back founder of the pack. Having no home or companionship, he created his own family, starting with his beloveds Harpsichord and Baikal, who he met shortly after going out on this journey. The pack slowly grew, and continues to grow thanks to their inviting nature. A tight-knit family, Pinniped sees many of them as his children, and every one of them as his equals. He would never leave a wolf behind and is always willing to take in lost or unwanted souls, even if they seem rather unpleasant to be around, or what other packs would consider a "hassle"; he sees the positive in everyone. The pack looks up to him because of this and most see him as someone to strive to be like - some also see it as weakness.

Pinniped is a gay male in a polyamorous relationship with Harpsichord and Baikal. He values family, companionship, teamwork, and empathy.