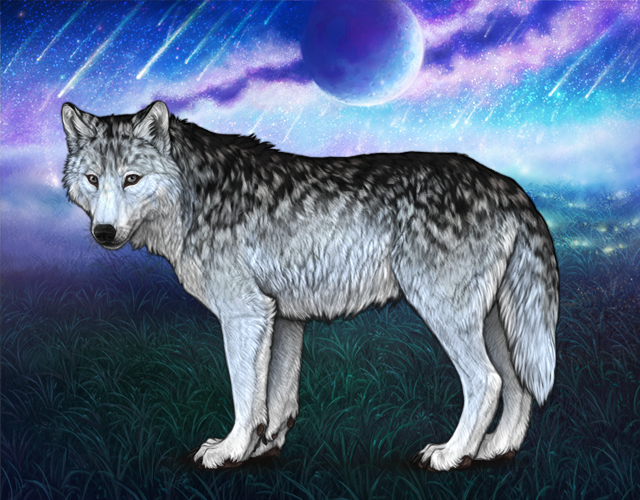 Smart, observant, and quietly regal, Sekir and his mate Eris formed the Night Paws in their youth, each leaving their previous packs where they were unwanted, and considered weak. Although Sekir soon became the breeding male for the entire pack, he and Eris formed a bond in their early days that they could never forget. Sekir welcomes new wolves to his pack, but won't hesitate to chase those who don't put in their fair share of work.