Owned by 🐦Crow & Co.🐦
View Previous Packs
This wolf has had her illness diagnosed as Diarrhea . 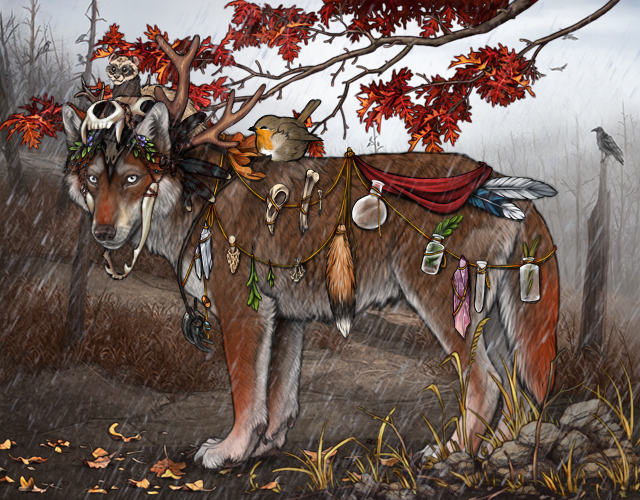 Taking on the role of leader had come quickly and unexpected for Rose.
Everyone had expected Calling Elk to step up to the plate, as it had been Rhy's last wish as both her blood heir to the position and her first born. Calling Elk couldn't bring himself(using he/him pronouns) to fill that role after her passing, and to the pack's shock decided to turn down the position. None of the pack knew that to do afterwards, however after a night of hushed whispers about what her Second in Command Roadrunner would decide, she stepped forward and addressed the pack. Rose would be Rhy's successor.
There had been a cry out outrage, Rose was barely an adol at the time and "had much to learn" or "wasn't qualified" other voices would ring out. Rose didn't exactly want to be leader either, especially now with the eyes of the entire pack on her pelt. But she was raised to work hard, her strength could testify for that, so she decided she would fill out her duty to the best of her ability.