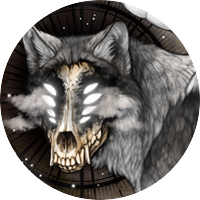 The fire serves us, the shadows shield us

Be wary of them when you meet them. They will not hesitate to put you in your place. Be kind to them, fight with them, pledge your life and soul to them, and they will walk with you to the end of the earth. To those born in Flame of Grace, the virtues of pride, victory, and loyalty matter most of all, ideas that they are taught from birth to death. For many, they believe that Flame of Grace holds a sanctuary, a safety of the Seven Skies, hidden inside the deep valleys, cloaked in fog and mist, defended from the elements by their beloved gods.

They have been raised alongside fire, in wide open plains, learning with their mentors how to tame it, how to use it. they have walked, clothed in smoke, hunted, shielded by sparks, fought, aided by the coals. They manipulate fire in ways that could scare even the mightiest of wolves, and that is perhaps why the settle where you cannot traverse without stumbling, where light is of the utmost importance. For they can conjure a spark out of what seems like the most desolate of all places, or, perhaps, of all hearts.

Reign of the Shadows

Once there was darkness, and the darkness had a queen


She walked alongside the shadows, letting them massage her mind, soothe her. She willed herself to stand against the smokey darkness that pooled in her mind, trying to calm her. Her lip was still curled, and the multiple cuts that lay across her body weren't helping. She didn't like to be in pain, she didn't like having to rely on the wolf who supported her on the shoulder. His eyes were bright, and as they stumbled through the fog, the light blue cast a beacon through the fog, cutting through it. She was too weak to notice. But Moon did.
She saw the young wolf, able to walk through her maze of fog, and the she-wolf who had gathered so much grief and darkness within her throughout her conquests of the Seven Skies. The night filled the ruins that they staggered upon, and the young wolf could do no more. Yet the she-wolf was unafraid, and she lifted her head high, and stepped into the sacred circle. Bravery and love spoke from these wolves hearts, and Moon blessed them to walk through her lands. Slowly, the brightness healed the she-wolfs dark mind, and when she returned to those lands, she met the wolves she had slaughtered over her fight.
The Seven Skies were now Sølv's to rule.

Silverblade led the Moonstrikers, a force to be reckoned with. They were bitter and bloodthirsty, unafraid, and unwilling to back down. After a time, they formed the Seven Skies, scattered across the lands when their leader fell into a deep trance brought on by Moon.
Silverblade soon left for Moon's lands, and Sølv built her own empire, Flame of Grace, connecting pack after pack, before she was strong enough to conquer the Seven Skies, just as her mother had before her.